Technology Makes Landscaping Easier Than Ever

A Cape Cod home is a style of Colonial houses. Instead of the grandiose townhouses some people built, Cape Cods are modest. Yet they still feature the attractive details – such as pitched roofs and dormer windows – characteristic of the style. When it comes to landscaping, the effect is meant to be charming and elegant. Use characteristics of such landscaping to complement a Cape Cod or other traditional style of home.

Plant at the Foundation of the House

A common characteristic of Cape Cod houses, and all Colonial homes, is the foundation garden. As the name suggests, these are plantings near the foundation of the house. A traditional plant for this garden is the boxwood hedge, which you can have manicured in clean shapes. However, it's also possible to cultivate a flower garden here. Consider traditional flowers such as hydrangea, rose and daylily, or opt for flowers that thrive in your area.

In that vein, Cape Cod landscaping is meant to be as modest as the architecture. While a lush cottage garden filled with flowers, bushes and ornamental trees could complement your house, it's not characteristic of the style. Instead, use a native grass for the lawn, and accent it with ornamental grasses. Blue fescue is a common grass in the Cape Cod landscape, however other ornamental grasses can be just as attractive. You could intersperse them in the foundation garden, use them to line a walkway or have them lining the border of your front yard.

Draw Attention to the Door

The key to Cape Cod landscaping is drawing attention to the façade of your house, specifically the front entryway. Cape Cod houses often feature front porches, or at least a small portico. Drawing attention to this area involves incorporating both hardscaping and landscaping. For instance, the Landscaping Network describes a home in which the pathway, arbor and container garden emphasize the entryway. You could also plant boxwood hedges or modest flowers along the walkway to draw the eye and flank the entryway with flowering bushes. Just keep the look elegant and restrained.

Balance the elegance of your modest landscaping with the accent pieces you add. Bird baths, bird houses and pergolas are common for the Cape Cod landscape. Depending on the size of your yard, you could use one of these as the centerpiece of a mini-garden. For instance, you could place the birdbath or an elevated birdhouse on the lawn and surround it with a few flowers and ornamental grasses. Alternatively, you could use the pergola as the entry to your walkway and even train ivy or climbing roses to grow over the top.

Incorporate both modest and charming elements to create an elegant Cape Cod yard. For more information, contact a business such as Cobb Landscape LLC. 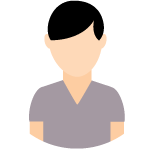 When I was young, I loved helping my mother in the garden. Our yard was filled with plants and flowers that she kept in immaculate condition. Once I was an adult and bought my first home, I learned that there was much more to landscaping a yard than I ever imagined! After a little trial and error planting a few flowers in my yard that died quickly, I realized the technology that is available to aspiring gardeners makes trial and error a thing of the past. After I found out what my "hardiness zone" was, I realized I was planting flowers made for much cooler climates, and I played around with software that let me design my yard very easily! I learned a lot throughout the experience, so I thought I would share my tips with everyone who needs them. Come back often to check out my new tips!